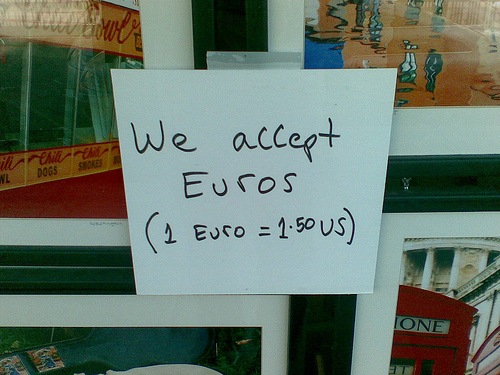 The German weekly newspaper Welt am Sonntag (June 26, 2011) explained to Sigmar Gabriel, chair of the Social Democratic Party of Germany (SPD): »We’re living at the expense of our grandchildren and great grandchildren, since they have to pay for all of that.« In every talk show debate, the remark always comes up at least once that »we« cannot incur debt at the expense of our children and grandchildren. That is a requirement of the fundamental principle of »intergenerational justice«. The dramatic picture is clear: debts incurred today have to be paid back in a few years or decades. If new debts are taken on every year, then the pile of debt becomes larger. The more debts accumulate, according to this argument, the less money there is for other expenditures, for example for education, road construction, and social programs.

What Truth is There to That?

This picture is also wrong. First of all, assets such as roads or schools that are financed by credit are also available for use by future generations. Second of all, with government debt, no redistribution between generations occurs, but rather redistribution within a generation: generally, from »below« to »above«. How does that work? »Our grandchildren« do not just inherit the debt, but also the claims upon the debt, so they also inherit wealth. One can picture this using the example of a family: when the mother lends 100 euros to the father, and both die, the children do not just inherit the 100 euro debt of the father, but also the mother’s claim. So who inherits the debt and who inherits the claim? Who has lent money at interest to the state? And above all else: who pays this interest and where does the money come from?

For example, in the year 2008, German government debt alone yielded 69 billion euros in interest. The debt instruments are held overwhelmingly by banks, institutional investors, and the wealthy. They lend their spare money to the state by purchasing government bonds, and collect interest in return. The interest paid by the state comes from tax revenues. In Germany, as a result of the tax reforms of the last ten years, roughly two-thirds of taxes are paid by wage workers. That means that there is no redistribution between generations occurring (the sum of claims and obligations balances out). Rather, we are dealing here with a transfer of wealth from those whose tax payments finance the repayment of interest and principle, to those who pocket billions of euros every year as owners of government bonds.[1. However, government debt is not the cause of the interest collected by owners of wealth, but rather their wealth itself. »Interest income arises solely from the fact that some households are in a position to accumulate savings. So there is no problem of justice arising from government debt that didn’t already exist with regard to preexisting disparities of income and wealth« (Norbert Reuter, »Inter-generational Justice in Economic Policy«, PROKLA 121/2000, p. 547–556).]

By the way, government debt is not »paid back«; rather, it is serviced. That means that the state’s pile of debt is usually not paid off or settled so that a state at some point again becomes debt-free. If a debt becomes due, meaning that the sum originally borrowed as credit has to be paid back, this occurs in the form of a roll over: to pay back old debts, new credit is taken on. The debt due is replaced by new debt in a quasi-permanent process that is hardly ever explicitly mentioned. For example, since 1965 the Federal Republic of Germany has never entirely paid off its debt, but always rolled it over instead. Only new credit which exceeds the amount rolled over counts as »new debt.« That means that if no new debt is taken on, the pile of debt remains the same as before. Future generations will proceed in the same manner.

Debts will not be settled, but instead serviced. As long as economic performance grows, that is not a problem. It is not »our grandchildren« who have to repay debts in the future that »we« incur today. Rather, the wage workers of today pay for the financial investors of tomorrow. This distinction between winners and losers of government debt is obscured by the national »we.«

An Extract from: »Is the whole World going bankrupt? Government debt: What it is and how it functions« [pdf-file]